Skip to content
Echo Echo
Recommend Recommend
Save Save
About The Theater Museum
During the early reign of King Christian VII it became customary to have theatre performances in the Banqueting Hall, and in 1766 it was decided to construct a proper court theatre on Christiansborg Castle. Remember, Christiansborg used to be the primary residence of the royal family until they moved to Amalienborg in 1794. The court theater became one of the most popular places for entertaining the royal family. 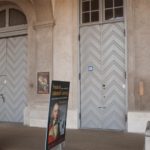